A Christian Response to the Russia-Ukraine War

Together with the rest of the world we have been following the Russian invasion of Ukraine. As many Christian leaders have observed, it is an important moment for the church in the world, particularly as we formulate how we should respond as Christians to news of war and to invasions and attacks like this one.

The most directly related passage of scripture in this regard is probably found in the sermon of Jesus called the Olivet Discourse from Matthew 24:1-14:

Jesus answered: “Watch out that no one deceives you. For many will come in my name, claiming, ‘I am the Messiah,’ and will deceive many. You will hear of wars and rumors of wars, but see to it that you are not alarmed. Such things must happen, but the end is still to come. Nation will rise against nation, and kingdom against kingdom. There will be famines and earthquakes in various places. All these are the beginning of birth pains. “Then you will be handed over to be persecuted and put to death, and you will be hated by all nations because of me. At that time many will turn away from the faith and will betray and hate each other, and many false prophets will appear and deceive many people. Because of the increase of wickedness, the love of most will grow cold, but the one who stands firm to the end will be saved. And this gospel of the kingdom will be preached in the whole world as a testimony to all nations, and then the end will come.

By the second half of the first century there was apparently growing anxiety among some believers about the return of Christ and some seem to have been tempted to withdraw from daily life and society or to give in to panic about the imminent end of the world. Many of Jesus’ parables address the same concern which is reflected in this sermon as well. Jesus consistently advises people not to give in to panic and fear. Preparing for the coming of Christ entails continuing to live in faithfulness and persevering in love. News of war isn’t a warning to sell our belongings and look to the sky, and it isn’t an excuse to abandon the priority of sacrificial love to which we are called. Jesus warns us that most people will stop loving this way.

I have sometimes heard people express a view that we should even rejoice at the news of war because it means that Jesus is coming sooner. But, Jesus certainly isn’t teaching that we should rejoice at the suffering of others. And this passage doesn’t imply that there will be more and more wars leading up to the return of Christ. It simply warns that wars are an inevitable part of the world as it exists for now and that we shouldn’t take them as an excuse to abandon a lifestyle of persistent love and faithfulness.

Similarly, I have seen believers blaming the victims of tragedies such as the invasion of Ukraine. These people assume or speculate about what the victims might have done to instigate this kind of judgment from God. This is a clearly anti-gospel line of thinking, however. We cannot conclude from someone’s suffering anything about their sinfulness or assume that they are being judged by God with tragedy. That is exactly the kind of retribution theology that the book of Job refutes.
Many of my fellow believers are also tempted to engage in conspiracy theories or to perpetuate rumors and disinformation. In the current example of the Russia – Ukraine war the internet has been buzzing with false reports, manipulated photos, and conspiracy theories. People are often attracted to those theories because it gives a sense of power or being “on the inside” of some secret knowledge. And sometimes people just aren’t careful enough to verify the sources of the claims that they share on social media.

Throughout the New Testament we see a contrast between motivations that come from selfishness or fear and those that come from love. It should be part of our lifestyle to seek to be a blessing in every situation, looking for ways to benefit the people that God has given us to serve. If the above are examples of inappropriate responses to news of war and tragedy, how should a Christian respond? Here are some steps toward a Christian response:

1) Christians should mourn with those who mourn. We should seek to genuinely empathize with people who are suffering so that we can honestly mourn with them. That kind of “mourning together” might be expressed through messages or conversations or participating in public events, but it must start with a heart decision to relate to the suffering of others. Any practical work that we do should flow from the motives cultivated in a rightly oriented heart.
2) We should exercise our wills to want peace for places of conflict. This isn’t just a passive state of not wanting war, but an active work of the heart to actually want peace instead of war. When we sincerely want peace, we will be able to pray earnestly for it in a way that isn’t just an empty string of platitudes.
3) We should want true justice. It is right to want justice to finally be expressed in the world. That is the message of so many of the prophets and we see it throughout the Psalms. As Christians we have the benefit of the further example and teaching of Jesus, who shows us that there is a better way than vengeance and hatred. We want God to rid the world of evil and to bring judgment that will vindicate those who suffer at the hands of tyrants. So, we need to be careful not to allow our hearts to fall into the trap of hatred or wanting revenge.
4) We should pray for those who are suffering. The Bible is clear that God is on the side of the oppressed. And his people should be on their side as well. It is our duty to pray for them as if we are suffering with them.
5) We should seek to be informed. We can’t be experts in every situation, but Christians also can’t afford to ignore the suffering of people in other parts of the world. Seeking to be informed is a minimum way that we can show empathy and compassion. Here it is important to emphasize that Christians should take care to use reputable sources and not to perpetuate rumors or conspiracy theories or speculations.
6) We should look for practical ways to contribute through advocacy, writing to authorities, and expressing solidarity with the oppressed, including on social media.
7) Actively trusting that God’s plan is able to incorporate the evils that occur in the world, and that he is able to turn even tragedies like war around for his glory and for the good of the people he loves is a spiritual discipline that sometimes requires focus and inner strength. We have to be careful that this kind of trust doesn’t include minimizing the seriousness of the tragedies that occur. Evil is evil; we don’t defend or excuse it. We trust that despite evil, God is working to bring about the ultimate transformation of the world.

Of course, sincere motivations in the right direction will result in actions, although sometimes it is difficult to find practical ways to help. That’s why I want to emphasize that the inner work of exercising our will to want peace and justice isn’t a waste of time, and it is often an antidote to feelings of helplessness.

However, I also want to emphasize the importance of standing with those who are victims of injustice. Trying to remain “impartial” or to avoid “taking sides” in a situation where people are being oppressed isn’t a question of wisdom or fairness. Rather, refusing to call out injustice is a form of participating in injustice. Love isn’t a passive state, but an active decision to want what is best for others, even for our enemies. Love doesn’t include defending or participating in evil, and it demands calling evil out in appropriate ways. This week, we have seen the people of Ukraine unjustly oppressed by the evil actions of Putin and those who have enacted his commands.
Of course we must continue to love and pray for Russia and its people and leaders; and we trust God with bringing ultimate justice. But, appealing to the complexity of a situation doesn’t relieve our obligation to stand against injustice and defend the oppressed.
Several Christian leaders from across the denominational spectrum have invited Christians to pray and fast for Ukraine on March 2nd, which coincides with Ash Wednesday in many traditions. That is a good opportunity to express unity and solidarity with the people of Ukraine who are now suffering the evils of tyranny. And our attention and prayer will be demanded in this situation even after it has stopped trending on social media.

This site uses Akismet to reduce spam. Learn how your comment data is processed. 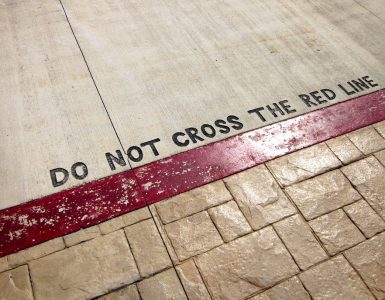 We expend a lot of thought into what the church is. For some of us, the Bible gives a very clear definition of this subject, for other sit is difficult to talk about such a precise definition. However, apart from its... 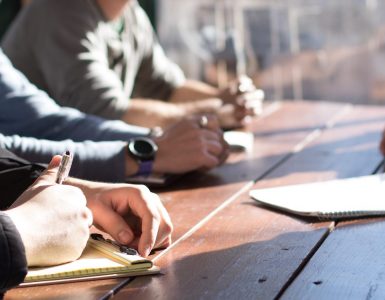 Christians are disciples of Jesus. That is a fundamental truth that sometimes gets lost in language about evangelism and salvation. And it seems to get overlooked in church practices centered around religious experience... 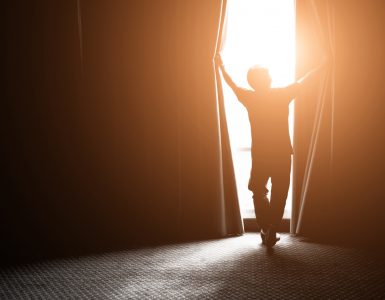 Stemming the Tide of Discouragement

A few weeks ago when the virus started to spread quickly in our part of the world, fear that clouded judgement was the emotional danger of the day. We encouraged one another to be cautious and conscientious without...

Your Header Sidebar area is currently empty. Hurry up and add some widgets.